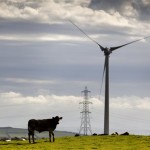 National Grid has announced updated plans for its proposed connection through Powys and Shropshire including low height pylons and eight miles underground. National Grid is now consulting on these proposals and is asking for people’s comments from 18 November 2014 to 9 February 2015.

Local consultation events are being held at:

National Grid says public feedback can influence the proposals. It is seeking feedback on the pylon designs it is proposing. The new T-pylon is proposed in the east of the connection, in Powys and Shropshire, and a low-height lattice design in the Powys uplands, in the west of the route. These designs are up to a quarter shorter than conventional lattice pylons and have been selected as National Grid considers they could be most suited to the landscapes in each area.

For the first time, the proposals include a detailed design for the connection, including a substation in Powys, an eight mile underground route in the Meifod Valley and the locations and designs of pylons.

Mid Wales Connection project manager Jeremy Lee said: “We know from the feedback we’ve received that pylon height is a factor many people are concerned about and we’ve looked very carefully at this and the different landscapes along the route.

“We’re proposing the two low-height pylon designs as we think they each offer the best opportunity to keep any visual impact in the different areas as low as possible.

“This is our initial recommendation and we’re really keen to hear people’s thoughts on which pylon design they prefer and why.”

National Grid is inviting comments on all of its proposals including the underground cable route, areas proposed for construction and transport plans, in addition to pylon designs and locations.

Jeremy continued: “This is likely to be our last route-wide consultation before we make our planning applications. Feedback from local communities is important and will continue to help shape these proposals. If there are changes you think we should make, let us know and, importantly, let us know why.”

Details of the latest proposals are available on the project website www.nationalgrid.com/midwalesconnection or by contacting National Grid’s community relations team on 0800 019 5325. 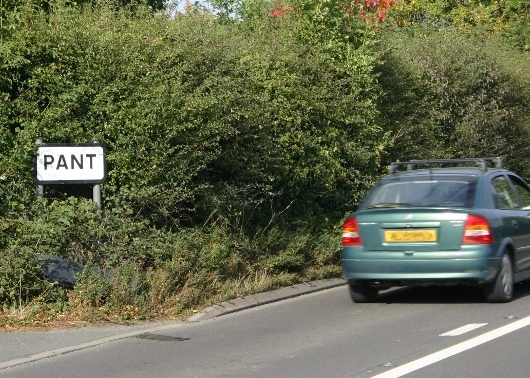 For anyone who lives in Pant, the often busy A483 which runs through the village cannot be overlooked. Whether trying to cross the road on foot, turning onto it in your car or just the noise and speed, it is something that can’t be avoided and everyone has their own story to tell about their frustrations with the road.

Recent improvements such as a traffic light controlled pedestrian crossing, and flashing 30 mile an hour signs have certainly helped to raise the issue  of the, but should more be done?

Many people think a bypass is the best solution (although there are pros and cons for this), and the Welsh Government recently commissioned a new feasibility study, as previously reported on pant.today. However, for those of us who regularly walk along the footpaths by the side of the A483 in Pant, one of the best things would be if traffic actually stuck to the 30 mile an hour limit.

People who live near the speed limit signs in Pant joke about how frequently they flash at motorists, as a significant proportion of vehicles do not slow down. Recently, we even saw an articulated lorry hurtling through the village with the driver on his mobile phone. The lorry was going so fast the backdraft took your breath away!

Nationally, road safety charity, Brake, is campaigning for a 20 mph speed limit in all villages as a way of making them safer, healthier and more sociable places.

A 20 mph limit might be a good idea for the A483 in Pant, as it might lessen calls for the bypass – certainly a much cheaper option – but before lowering the speed limit to 20 mph, surely more should be done to enforce the existing speed limit.

What do you think? Would speed cameras help? Should there be additional traffic calming measures, such as chicanes or road narrowing? Let us know and maybe we can all urge the authorities to look at how to slow the traffic through our village. 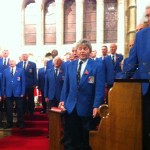 Those of us lucky enough to have been in St Agathaʼs, Llanymynech last Sunday evening (9 November 2014) enjoyed a real musical treat – the Canoldir Male Choir under the direction of James Llewellyn Jones in a Remembrance Concert with works varying from the Chorus of Hebrew Slaves to numbers from Les Miserables.

The choir, formed in 1966 at the Birmingham Welsh Rugby Club, is based in Birmingham but has strong Welsh roots, its Director having been brought up just over the border in Montgomeryshire – his grandparents even kept the Dolphin in Llanymynech!

It has performed in the House of Commons, at the Eurovision Song Contest and at the opening Ceremony of the Ryder Cup in 2002. The choir has performed previously at St Agathaʼs and we are fortunate in the Directorʼs local connections for these regular visits!

We enjoyed the astonishing talent too of Jody Smith violinist who at only 15 years old is well on her way to what will surely be a glittering career as a professional musician. She is a member of the National Youth Orchestra of Great Britain, performing at the Barbican and the Royal Albert Hall.

Do you play a musical instrument and sometimes find it hard to be motivated to practice? Well, maybe this could be the answer. 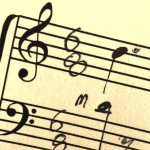 A number of us have had the idea of holding a monthly open session in Pant giving people the opportunity to come along for an hour, bring their musical instrument and play or practice for the others.

The idea isn’t that this is a concert or perfect playing but rather is an opportunity to dust off that old violin, ukulele or accordion and play!

The sessions are not intended to be lessons either as no music teachers will be there to correct or teach you, but we anticipate there will be plenty of discussion and informal learning.

Sessions, if there is enough demand, would occur monthly, probably on a weekday evening at a venue to be decided in Pant village.

If you might be interested, please send us a message via the contact form and we will be in touch about possible dates and possible venues.