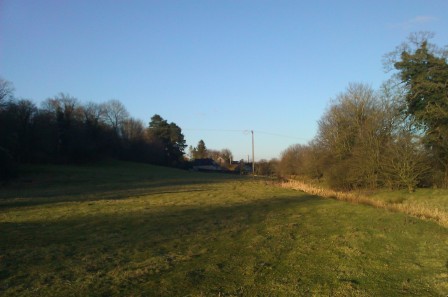 Concerted efforts on the Montgomery Canal.

Efforts to see the Montgomery Canal restored through Pant to meet up with the canal at Llanymynech Wharf have been turned up a notch with the launch of an ambitious campaign to raise two miles of £2 coins totalling £250,000. 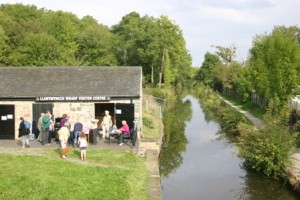 Residents of Pant and the neighbouring area will be familiar with the aim of restoring the Montgomery Canal and reopening it to create a vibrant waterway and tourist amenity. But due to the work involved, environmental considerations and the large amount of money required, progress might appear to be slow. One local residents said recently that 20 years ago he was told the canal would be reopened in 10 years.

Significant work has been undertaken on the canal with nearly half of the canal now ‘in water’ – seven miles from Maesbury to Welsh Frankton in Shropshire and 12 miles either side of Welshpool.

A recent £2.5 million Heritage Lottery Fund grant and money from others has meant that there is now money to restore the canal to Crickheath, which just leaves two miles to complete the Shropshire section.

The group Friends of the Montgomery Canal are now working with the Shropshire Union Canal Society and the Shrewsbury District & North Wales branch of the Inland Waterways Association to raise the funds and public support to rebuild School House Bridge on the outskirts of the village, which was flattened when the canal fell into disrepair in the 1930s.
Along with planned work to remove the parts of bridge 89 that block the canal, near Station Road in Pant, locals will see an increase in works in and around the canal. This part of the work is currently subject to planning permission and John Dodwell, Chair of the Montgomery Canal Partnership, says that residents’ comments would really help to bring the matter to the attention of the council. Comments can be made by logging on at http://new.shropshire.gov.uk/planning and searching for 17/01208/FUL.

If the application is successful, this clearance work will be undertaken in July of this year and disruption to local residents will be kept to a minimum. Approximately four lorries’ worth of spoil will need to be removed and collected from Station Road.

There is now a real possibility that the derelict Montgomery Canal through Pant may be repaired and reopened, creating an important local amenity and tourist destination. Current estimates of the amount of money needed to complete the reopening however are around £5 million so the canal will not open in the next few years, but it is hoped that it will not take another 10 years to complete. During 2018 locals in Pant will see an intense period of some works on the canal and towpath and the more activity and involvement undertaken by the general public, the greater the impetus for the restoration to take place more quickly.

For more information and to pledge your £2 towards restoring the Montgomery Canal through Pant, please visit www.RestoreTheMontgomeryCanal.uk.

One Reply to “Concerted efforts on the Montgomery Canal through Pant”