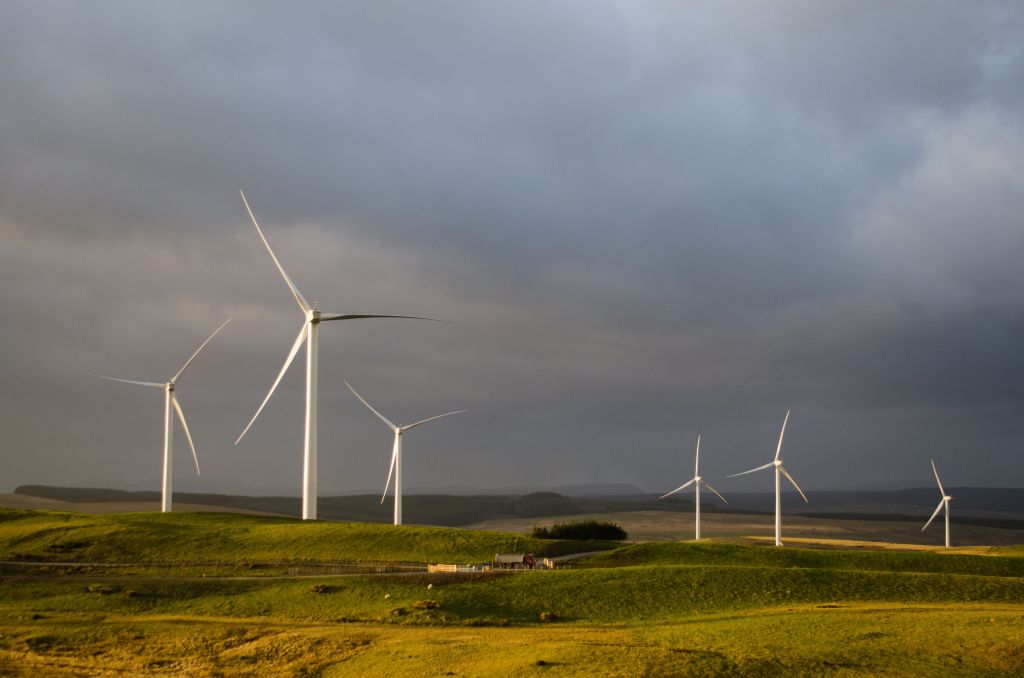 One of the wind farms constructed with components that passed through Pant on their way to the construction site is now fully operational and community organisations are now being invited to apply for a share of funds totalling £49,200 a year. 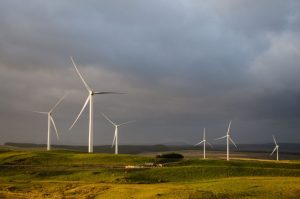 Developer Awel Newydd is pleased to announce that the construction of Tirgwynt wind farm, between Carno and Cefn Coch, is complete and the turbines are fully operational and generating enough renewable electricity for the equivalent of 13,600 typical homes.

Andy Black, Operations Director for Awel Newydd, said: “It is wonderful to have Tirgwynt fully up and running. We greatly appreciate the support of the local communities and authorities and our excellent, hard-working contractors who have made delivery of this project possible. It is fantastic that Tirgwynt is providing clean energy to so many local homes, helping to pave the way for a more sustainable future. Thank you to everyone involved.”

The wind farm owners are also offering a community benefit fund of £49,200 (index-linked) per year for its lifetime. The fund will be shared among the host communities of Dwyriw and Carno, which already have operational community funds, and the seven communities affected by the turbine delivery route, including Pant.

Awel Newydd has assisted in setting up a new community fund for the delivery route communities of Castle Caereinion, Carreghofa, Llanymynech & Pant, Llandrinio & Arddleen, Llandysilio, Llanfair Caereinion and Welshpool. They are now accepting applications for the first round with a deadline of 31st May 2017.

Carol Davies, clerk to Llandrinio & Arddleen and Landysilio Community Councils, said: “We are pleased that the Tirgwynt community benefit funds are now up and running and look forward to receiving grant applications from local residents and groups. If you have a well deserving project that will benefit the wider community, please get in contact for more information and an application form”.

Application queries for the community fund should be directed to the following Tirgwynt Community Fund (delivery routes): Carol Davies – davies1.thecrest@btinternet.com

Tirgwynt has 12 turbines with an installed capacity of 24.6 MW, generating enough renewable electricity for the equivalent of c13,600 typical homes and saving ca. 25,000 tonnes of carbon dioxide per year.

Wind technology is popular in Wales and in the UK. A poll by YouGov in 2014 found that 62% of people in Wales said they supported the development of wind power with 64% saying they were in favor of large-scale wind projects in their council area. This compared favourably to other technologies with just 22% of people stating the same for shale gas, and 31% for nuclear. DECC’s latest Public Attitudes Tracker survey (April 2016) showed that onshore wind is supported by 69% of the British public.

We understand that there will be a review of the speed limits on the A483 that runs through Pant in Shropshire from its junction with the A5 to the border with Wales.

Residents and visitors to Pant will know that the A483, the main road that runs through the village, attracts a very large volume of traffic each day, much of it using the road as a major route between North and Mid Wales.

At times the road is very busy. Recent road improvements include the installation of a pedestrian crossing near to the Memorial Hall and the Co-operative shop as well as the siting of two traffic speed indicators, in the village near to the Cross Guns Inn.

EM Highway Services, which maintains the A483 in the West Midlands on behalf of Highways England has confirmed that in the next financial year (2016/17) there will be a review of the current speed limits on the road.

According to EM Highways Services this review will look at the existing speed limits and take into account volume of traffic, speed of vehicles, collision history etc.

It will also consider if the current speed limit is appropriate, if it should be reduced or if additional measures are required to assist in compliance with the speed limit.

However, EM Highways Services  went on to say that the review will be dependent on budgetary allowances, which have not yet been allocated for 2016/17.

Also, at this stage, there is scope for public consultation into the speed limits or the A483 more generally.

The speed limit review is to review current speed limits against the latest guidance on implementing speed limits. This is to ensure the existing speed limits are appropriate, to identify possible areas where revised speed limits may be justified or where extra engineering measures may be required to assist in regulating vehicle speeds.

If you have specific concerns about the A483 in Pant, please make them known directly to Highways England, especially as the planned review is not due to start until next year at the earliest.

Highways England is contactable by calling 0300 123 5000 or by email on Area9Hail@emhighways.co.uk.

Of the four pubs in Pant and Llanymynech, two are likely to close if a bypass for the A483 goes ahead, warns Pant publican. 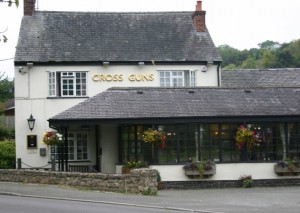 Alison Foden of the Cross Guns in Pant says that she can understand why some residents want a bypass for the village, but warns that a drop in trade caused by people missing the village on their travels could ultimately close the pub.

Speaking recently, Alison said: “We rely on passing trade during the summer to make the pub successful and to support the leaner winter trading months. Between October and March we rely on our locals to break even during these spells.”

The A483 is a popular route from the North through to Mid Wales and in the summer months is used by a large number of tourists in addition to a high volume of commercial traffic.

According to Alison, who runs the Cross Guns Inn with partner Iain Jones, if that passing trade of tourists is lost during the summer months, there isn’t enough pub trade in the two villages to keep all four pubs open.

Adds Iain: “We understand the need for a bypass, but I am sure it would kill two of the local pubs.”

A number of other businesses in the two villages, including shops, a café and car wash, might also be affected if a bypass is built, reducing the range of amenities for local people.

Many residents in Pant and Llanymynech are keen for a bypass to be built, even though a recent meeting heard that it is unlikely to be built in the next five years. Other commentators, though, have suggested reducing the speed limit through the village and others have suggested banning lorries and large vehicles on certain stretches of the A483 as a low tech and low cost way of improving safety.

If you are interested in finding out more about how Pant looked in the past then there is a very useful online tool available courtesy of the National Library of Scotland. 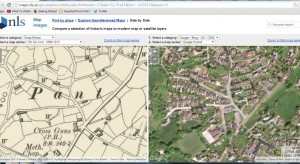 The site features a number of options that allow you to compare a selection of historic maps to modern map or satellite layers.

By following the link below you will see a copy of the Ordinance Survey map on the left and a modern map on the right.

We all know how villages and towns change over the years and Pant is no different. This side by side screen layout means you can click on your current location in the village, or on a particular place or your own house and compare it against a range of maps going back to the 1880s.

To explore maps of Pant old and new, click here.